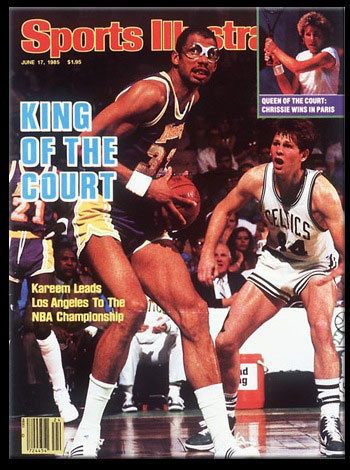 This is my favorite cover from my professional career. It was quite an honor to be the MVP in the most important series in laker history. Until ’85 the Lakers were 0-8 against the Celtics in world championship play. We finally changed that and had the added thrill of winning it in Boston Garden… It doesn’t get any better than that! The look on Danny Ainge’s face reminds me of Yogi Berra’s complaint to the um after Jackie Robinson stole home in the world series.