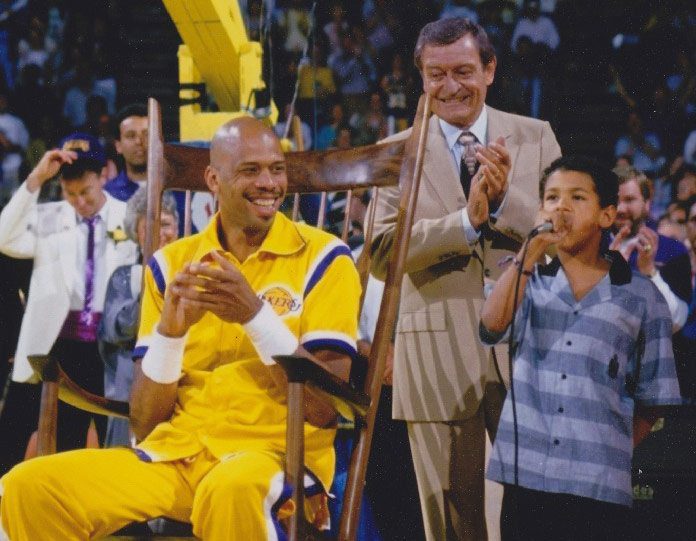 Los Angeles, California, November 20, 2014. Julien’s Auctions was handed its latest litigation defeat on Tuesday when the Los Angeles County Superior Court issued Writs of Possession directing the seizure from Julien’s of over $1 million of sports memorabilia accumulated by legendary NBA Hall of Famer, Kareem Abdul-Jabbar. The Writs of Possession are based on the ruling of Judge James C. Chalfant that the auction house has no legal right to hold hostage Mr. Abdul-Jabbar’s personal property and that Mr. Abdul-Jabbar is entitled to the immediate return of his property. Before the Auction took place, Mr. Abdul-Jabbar decided he wanted to keep six of the 400 + items for sentimental reasons. But Julien’s refused to allow him to keep any of the consigned items and reneged on its promise that he could hold back certain pieces of memorabilia carrying significant sentimental value. Instead Julien’s filed a lawsuit against the holding company to force the auction with all 400 + items. Earlier this fall, Julien’s failed in its attempt to force the auction to take place, when an arbitration award denied Julien’s request to proceed with an auction of Mr. Abdul-Jabbar’s property, supporting Mr. Abdul-Jabbar’s decision not to conduct business with a party he felt was untrustworthy. Julien’s then ignored multiple requests to return the memorabilia. Left with no alternative for recovering his personal property, Mr. Abdul-Jabbar filed a lawsuit against Julien’s for Conversion, and sought a Writ of Possession to compel the immediate release of more than 150 iconic pieces of memorabilia that he won during his historic career, such as his UCLA letterman’s sweater and a custom-made rocking chair he received when he retired from the Los Angeles Lakers. Judge Chalfant granted the Writ, rejecting Julien’s claim that it may hold hostage Mr. Abdul-Jabbar’s property indefinitely and regardless of the fact that it cancelled the auction, since that “would violate the duty of good faith and fair dealing.” The court instead found that a consignment agreement “is not intended to permit [Julien’s] to refuse to perform an auction and then hold the Property as a security interest for payment of damages.” “This entire dispute arose specifically over my emotional attachment to many of these items,” shared Mr. Abdul-Jabbar. “By then refusing to allow them back into my possession, Julien’s has added insult to injury.” Julien’s also has filed a separate action against Mr. Abdul-Jabbar’s management firm, Iconomy. Through that litigation, Julien’s seeks the refund of a corporate contribution it made to the Skyhook Foundation, an acclaimed 501(c)(3) nonprofit organization founded by Mr. Abdul-Jabbar to promote the value of STEM (science, technology, engineering and mathematics) education, particularly among disadvantaged inner-city youth. Skyhook has partnered with L.A. Unified School District to provide 22,000 young people annually with STEM experiences during the school year within the beautiful Angeles Forest. Earlier this year Mr. Abdul-Jabbar received the Governor’s Award by California Governor Jerry Brown for his work with the Skyhook. Despite its allegations being a clear violation of nonprofit law, Julien’s states in its court filings that the charitable gift it made to Skyhook Foundation was intended to serve as an “advance” of future auction proceeds it would be distributing personally to Mr. Abdul-Jabbar. “A charitable contribution is voluntary and irrevocable,” explained by Andrew Morton, Partner at Handler Thayer LLP and counsel for Skyhook. “It cannot be made contingent upon completing a private business deal, nor can it be earmarked as personal compensation for an unrelated commercial transaction.” These lawsuits appear typical among many high-profile clashes between Julien’s and its celebrity clients. Others claiming to have been misled by representations from Julien’s include Evander Holyfield, and representatives for Michael Jackson – neither of which went forward with a sale of disputed items through the auction house. opens in a new windowView Press Releaseopens PDF file opens in a new windowWrit of Possession (LA County) Issued 11-18-14opens PDF file

opens in a new windowRead More on TMZ