My Personal Story About John Coltrane 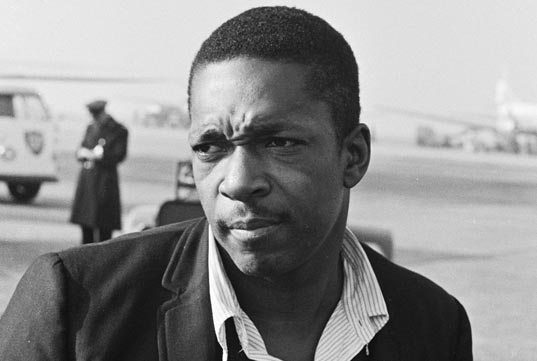 Afro Blue, Mr. Day
In these songs it’s easy to see why John Coltrane is often credited by other musicians as being a major influence on their work. These musicians include Jimi Hendrix, Carlos Santana, Jerry Garcia, the Doors, and Outkast, among others. These two songs were recorded after Trane left Monk’s band and started recording for the Atlantic Label. They clearly show how the blues provided a foundation for Trane and influenced his later work, which took on a more ethereal approach as he used jazz to express his own spiritual quest. In 2007, Coltrane was awarded a posthumous Special Citation from the Pulitzer Prize Board for his “masterful improvisation, supreme musicianship and iconic centrality to the history of jazz.” You can see the John Coltrane Quartet playing “Afro Blue” on YouTube.