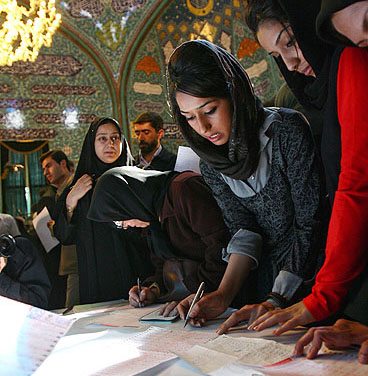 opens IMAGE file “It’s unfortunate that the people of Iran have to question what should have been a free and fair election. The whole world was paying attention to the final results and there were hopes in many quarters that reform i.e., a step away from radicalism, might be the choice of the Iranian people. It is my hope that those questioning the election results in Iran will get a fair hearing because if they are the majority the world will see the moderate & reasonable side of the Iranian nation. It seems to me and alot of other people that those who favor moderation & peaceful interaction with the world are not being heard in Iran.”