Huffpost Review of ‘Becoming Kareem: Growing Up On and Off the Court’ by Kareem Abdul-Jabbar 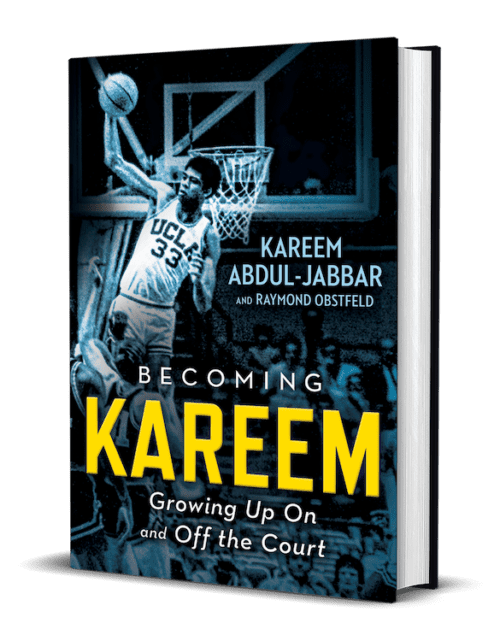 “Becoming Kareem: Growing Up On and Off the Court” is a marvelous autobiography by one of the greatest basketball players who ever graced the court. Watching him play was a privilege for any true sports fan because he appeared to be graceful and athletic, ultra-competitive, always under control — and in control — and a true champion. He and his teams won an almost unbelievable percentage of their games at every level — high school, college, professional.

Yet this book digs underneath all those accomplishments to the heart of the matter and the heart of a man. The road was not easy for Kareem Abdul-Jabbar. When he was a child, his father paid little attention to him; his mother was over-protective; and that graceful, athletic basketball star was a gangly, awkward, shy, and insecure kid. He wanted nothing more than to disappear into the crowd. But how does one do that when he is six feet, eight inches tall at the age of fourteen?

So, unable to disappear, he choose instead to aim for excellence in everything he tried: school, athletics, and — early on — the fight for equality and the rights of his people. Like most human beings who exhibit almost other-worldly talent, he out-performed others because he outworked them.

The title of the book is apt and clever. He became Kareem; he was not born Kareem. He was the spectacular Lew Alcindor, the young man who seemed to have it all — but none of it was given to him. And when he realized that other African-American kids were denied what he had, he changed his life, his name, and his religion. Like Mohammed Ali before him, he said, essentially, to be the man I must be — free, proud, and strong, I cannot continue to bear the name given to my ancestors by slave masters and confirmed and accepted by the church to which I’ve belonged.

So he became Kareem: sports icon, author, actor, and, above all, fighter for justice. This autobiography tells the whole hard story of a life well-lived. It should be read by young people of every ethnicity, background, and color. There is much for all of us to learn from Kareem’s inspiring story. (JK)