How Soon They Forget: An Open Letter to Scottie Pippen 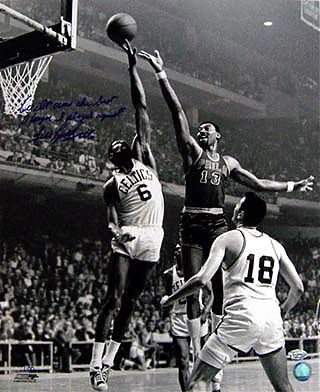 I have nothing but respect for you my friend as an athlete and knowledgeable basketball mind. But you are way off in your assessment of who is the greatest player of all time and the greatest scorer of all time.  Your comments are off because of your limited perspective. You obviously never saw Wilt Chamberlain play who undoubtedly was the greatest scorer this game has ever known. When did MJ ever average 50.4 points per game plus 25.7 rebounds? (Wilt in the 1962 season when blocked shot statistics were not kept). We will never accurately know how many shots Wilt blocked. Oh by the way in 1967 and 68. Wilt was a league leader in assists. Did MJ ever score 100 points in a game? How many times did MJ score more than 60 points in a game? MJ led the league in scoring in consecutive seasons for 10 years but he did this in an NBA that eventually expanded into 30 teams vs. when Wilt played and there were only 8 teams. Every team had the opportunity to amass a solid nucleus.  Only the cream of the basketball world got to play then. So MJ has to be appraised in perspective. His incredible athletic ability, charisma and leadership on the court helped to make basketball popular around the world — no question about that. But in terms of greatness MJ has to take a backseat to The Stilt.

In terms of winning, Michael excelled as both an emotional and scoring leader but Bill Russell’s Celtics won 8 consecutive NBA Championships. Bills rebounding average per game is over 22.5 lifetime, MJs best rebounding years was 8 per game (1989). But we will never know exactly how many shots Bill Russell blocked because again, they never kept that statistic while he played. However, if you ask anybody that played against Russell they will just roll their eyes and say he blocked all the shots he wanted to block in the crucial moments of a game.

Bill played on a total of 11 Championship teams and as you very well know, Scottie, the ring is the thing, and everything else is just statistics. So I would advise you to do a little homework before crowning Michael or Lebron with the title of best ever. As dominant as he is, Lebron has yet to win a championship. I must say that it looks like Miami has finally put the team together that will change that circumstance. Its my hope that today’s players get a better perspective on exactly what has been done in this league in the days of yore.

The change in style to the game is not any indication as to how many really talented players there are in the game. So the fact that skilled players come from all over the world does not change the quantity of outstanding talent. Simply put the number of players that could have stopped Wilt Chamberlain in his prime has not increased.

p.s. If you want to see some real legends arguing about the greats of the game check out my new documentary, On the Shoulders  of Giants, the story of the greatest basketball team you never heard of.  It’s available to watch instantly on Netflix.