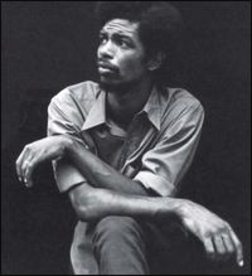 I was terribly saddened to hear of the death of Gil Scott-Heron. He and I had been friends since I was in grade school and he tried to best me on the court near my home in Inwood. Gil followed my high school and college careers and we re-connected in the 70’s after he started to produce albums. I was best man at his wedding to Brenda Sykes and spent some time with them at their home in DC before the marriage broke up. I never heard from him after the early 80’s and it was hard for me to deal with the tragic events in his life ie., substance abuse, being jailed, his HIV infection and his abandoning his family. But he was a brilliant poet and performer. All of the rappers have learned from his art and his legacy will endure.  @KAJ33