For Black History Month,Children’s Books Can Be Enlightening

By  Tracy Grant – The Washington Post/KidsPost 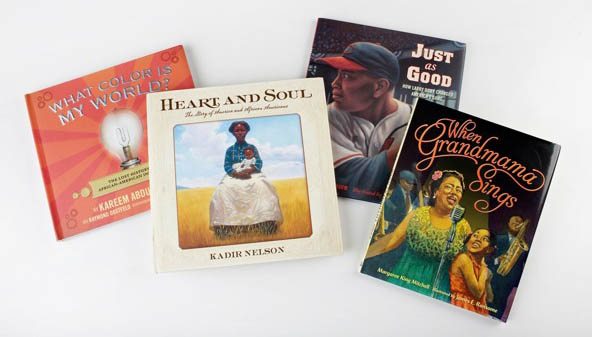 February is Black History Month, but you probably already knew that.

But do you know why February and not March or May?

In 1926, historian Carter G. Woodson decided that the contributions of African Americans should be recognized as a way to overcome prejudice that existed in the country. He thought that one week in February that included the birthdays of Abraham Lincoln, the president who freed the slaves, and Frederick Douglass, the famous former slave, would be the perfect week. (Lincoln was born on February 12, 1809, and Douglass was born in February 1818; the exact date isn’t known, but he came to celebrate his birthday on February 14.)

Fifty years after Woodson’s first celebration and to mark the 200th anniversary of the founding of the United States, President Gerald R. Ford declared February as Black History Month.

If you want to learn more about the experiences of African Americans in this country, here are some great books to explore — this month or any month.

Larry Doby was the second black man to play professional baseball in the major leagues. The first was the legendary Jackie Robinson. But in 1948 Doby, who played for the Cleveland Indians, became the first black man to hit a home run in a World Series game. This wonderful picture book tells the simple story of a boy and his dad listening to that game on the radio in their kitchen and realizing that they were listening to history being made.

“What Color Is My World? The Lost History of African-American Inventors” by Kareem Abdul-Jabbar and Raymond Obstfeld. $17.99. Ages 8-12.

Get ready to have your mind blown with this fun book. It tells the story of twins who discover the amazing stories of African American inventors whose creations changed your world. Don’t believe it? Do you know who George Crum, Alfred Cralle and Lonnie Johnson are? We’re sure you’ve used their products. Crum invented potato chips in 1853; Alfred Cralle invented the ice cream scoop in 1897, and Johnson invented the Super Soaker and got a patent on it in 1991. In the course of reading this book you’ll also discover that Charles Drew came up with the idea for blood banks, which have saved millions of lives, and that Frederick McKinley Jones came up with the idea for refrigerated trucks that allow food to be moved across country without spoiling. The book has lift flaps and fast facts that makes learning so quick and easy that you can’t help but have fun.

This is another picture book that tells a powerful story from a time before you were born. Belle is a young girl who loves her grandmother and knows that Grandmama has a beautiful singing voice. One summer Belle and her grandmother go on a tour with a jazz band. Belle sees how unfair it is that blacks and whites are separated. But she also learns that the beauty of her grandmother’s voice can help overcome those prejudices.

“Heart and Soul: The Story of America and African Americans” by Kadir Nelson. $19.99. Age 9 and older.

Kadir Nelson is an in­cred­ibly talented illustrator, and simply looking at the beautiful artwork in this book will give you a new understanding of American history.