Fit After Forty: Staying in the Game 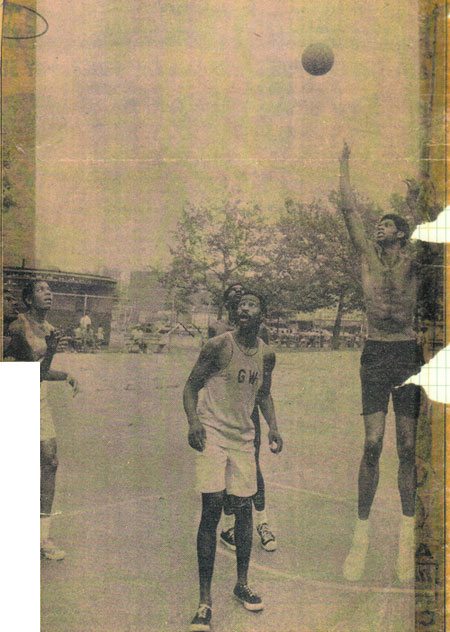 When I was a kid, you rarely saw men or women over 40 doing anything more physically competitive than racing to beat someone to a cab. Or seeing who could finish mowing their lawn first. Or power walking to the corner convenience store for a pack of cigarettes. Now gray is the new black—at least in the hair of athletes around the country.

And many of these middle-age athletes aren’t content to just work out alone listening to Bruce Springsteen sing about glory days on their iPods. They want to compete against other—often much younger—athletes. Softball leagues, pick-up basketball games, and soccer games are packed with enthusiastic parents and grandparents who have put in their time watching their children play sports. Now they’re back, baby, and ready to play like it’s 1999.

The problem is it’s 2008. And our over-40 athletes are a little slower, a little less flexible, a little more vulnerable to injuries. That great spin move to the basket that was your signature move in college is now blocked every time—by a kid younger than your own children. And when you’re standing open for a shot because your defender has sagged off to help guard a stronger player, your teammates still don’t pass you the ball.

Get used to that initial lack of respect, because when it comes to competing after 40, your past accomplishments, trophies and victories don’t matter. You have to earn respect all over again. In fact, you have to try harder because most younger players will take one look at your wrinkles and gray hair and immediately dismiss you as a liability. Fortunately, there are practical steps you can take to stay competitive in your sport, even against younger players. Check those steps below.

Step One: Hit the Weights.
Once you’re over 40, you’re more prone to injuries, and those injuries take longer to heal. So, not only are you in pain, and maybe feeling a little humiliated sitting on the sidelines clutching your throbbing shoulder while the others continue playing, but you are in danger of allowing yourself to get out of shape while recuperating. Over-40 celebrities Adam Sandler (broke his ankle) and George Clooney (ruptured his Achilles’ tendon) both suffered injuries playing basketball. Many injuries can be avoided through a regimen of exercises designed to strengthen core muscles (see my earlier blog on core exercises). Supplement the core exercises with weights that will build muscles to protect your body more. Be sure to focus on areas that may be weak from previous injuries, such as knees and shoulders.

Step Two: Out-Cardio Them.
Over the years I have often witnessed players underestimate other players because of their appearance. And I’ve watched the cocky observer pay the price. If you want to be the one to make them pay, you need to have an ace in the hole that they don’t expect. The one thing younger players never expect is for the older player to have greater stamina. To be able to run around the court, and keep running, while others start to slow down and drop their defenses. Although the over-40 player may have lost some quickness and power that he will never get back, he still has the ability to increase stamina. Through an exercise program that stresses cardiovascular workouts (see my blog on cardio exercises), the over-40 athlete will soon be able to outlast those younger athletes who rely on their youth rather than workouts to maintain fitness. Yes, they may be able to outrun and outshoot you for the first couple games, but after that, you will see a definite slowing down. When that happens, you’ll start outrunning and outshooting them. Believe me, there are few greater rewards for the over-40 athlete than to be standing on the basketball court saying, “Come on, let’s play,” while younger players sit on the sidelines catching their breath.

Step Three: Specialize.
When you were in your 20s or even t30s you might have been proud of your all-around game. You could dribble well, drive in and do a layup with either hand, maybe even surprise everyone with a hook shot. Or you could hit the long ball, throw the 40-yard pass, do a bicycle kick into the soccer goal. After 40, those days are either gone or soon will be. That doesn’t mean you can’t still be a competitive threat in your sport. But instead of working on all aspects of your game, you would do well to specialize in one or two aspects. For example, for the older player, that drive to the hoop can be dangerous: noses get broken, teeth get loosened, heads get elbowed. And since you’re not getting paid, is it really worth that kind of risk? Instead, start thinking about practicing your three-point shot, out where there are fewer bodies to harm you. Or work on the fake pass, followed by a quick eight-foot fadeaway. In racquetball, forget the power kill shot that rips your shoulder and work on the elegant pinch shot that has your younger opponent diving in the wrong direction. In volleyball, the big power spike looks good, but the short cut shot to the left or right gets you points and leaves the tall, young blocker looking foolish. If you can do one thing better than anyone else, you will more valuable to the team than the all-around player who does everything mediocre.

Getting older may take its toll on us physically, but the advantage of our age is that we are supposed to get smarter. By following these three steps, you will have outsmarted nature—for a while. At least long enough to keep yourself competitive so that when you show up to play, the regulars start clamoring to get you on their team.