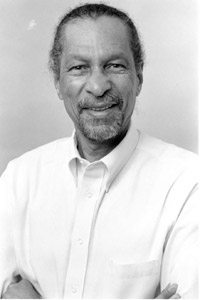 opens IMAGE file In 1996, I published a book titled “Black Profiles in Courage.” It was my take on American history that included the contributions of black Americans. In so many of our history books, the efforts of black Americans go unrecognized. Since publishing that book, I’ve come across much more information that fits this profile. So, I’d like to give some acknowledgment to Dr. James E. West, whom I did not know of back in ’96. In 1962, Dr. West and his partner Gerhard Sessler invented the electret microphone used in almost 90% of all microphones built today — over 1 billion a year.

Dr. West was raised in Virginia and almost was discouraged from pursuing physics due to the Jim Crow system in place when he was going to school. At that time, the only professional jobs that blacks could hold in Virginia were teacher, preacher, doctor or lawyer. Dr. West recalls that his father introduced him to three men who had earned doctorates in chemistry and physics. The best jobs available to those men were working at the post office. Dr. West’s father did not want him to take a long, arduous road and end up working at a post office.

But Dr. West was not to be denied. He speaks of discovery as being “… the best high I ever had …” He has gone on to acquire over 200 U.S. patents and now teaches at Johns Hopkins University where he is trying to recruit more minority and women faculty.