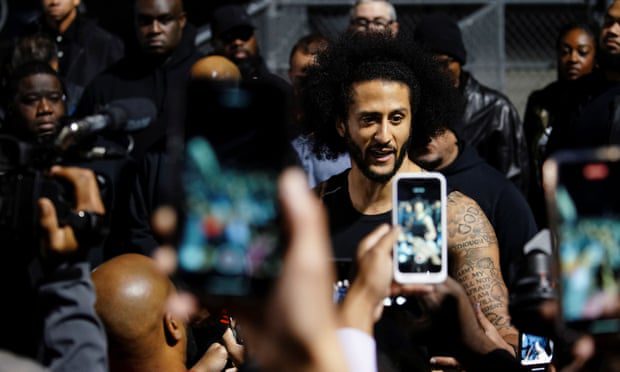 The tactics used to discredit the former quarterback are how conservative America has always treated black athletes who speak out.

Colin Kaepernick sent a tweet on Thanksgiving and the white-wing media wants to make sure you know about it. Breitbart, the Washington Times, Fox News and the rest of the usual suspects quickly reported the contents of this provocative tweet: “Spent the morning at the Indigenous People’s Sunrise Ceremony on the 50 year anniversary of the Occupation of Alcatraz. The US government has stolen over 1.5 billion acres of land from Indigenous people. Thank you to my Indigenous family, I’m with you today and always.”