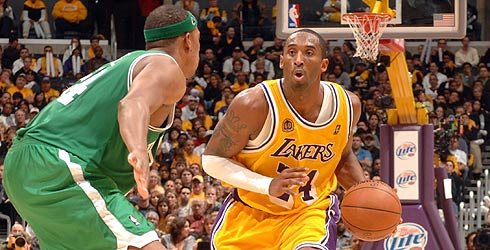 Yes, I Was a Celtics Fan
When I was in high school, my coach Jack Donahue really understood that the Celtics were playing the game a special way, so he always used them as examples as to how to play the game. My high school was only 12 blocks from the old Madison Square Garden and the teams used to practice at my high school when they were in town. I guess because of that my coach could finagle tickets to go see games, especially the doubleheaders. So during my four years of high school I must have seen the Celtics play a good 20 times.

The Celtics Style of Play
The Celtics philosophy was to let the open man get the ball and he’s supposed to take the high percentage shot. They didn’t have anyone score a whole lot of points, but they had five or six guys in double figures shooting the ball very efficiently. Bill Russell played great defense around the basket and really limited any layups that you might get. The combination of tough defense and efficient offense makes for winning basketball. I was able to learn those lessons early. I think by my going to UCLA and John Wooden emphasizing the same fundamentals, it was very easy for me to make that transition.

Meeting the Great Bill Russell and Other Basketball Legends
I was in the ninth grade, November or December of 1961. I went to the gym and the Celtics were there practicing. My coach introduced me to Red Auerbach, who introduced me to Bill Russell. They told me to go shag balls for someone who was shooting free throws. That someone turned out to be a rookie named John Havlicek. Also, when I was playing grade school ball, we played an All-Star Game at Madison Square Garden and I got to meet and know some of the Knicks like Willie Naulls, who eventually got traded to the Celtics. Because of all those connections I was a Celtic fan and really appreciated the way that they played the game.

Bill Russell, the Role Model
I heard a lot about Bill Russell because of the success of the Celtics and then because Bill had had certain things to say about human rights for black Americans. He had some very profound things to say and I admired what he had to say and listened to what he had to say. It made a lot of sense. He was about being proud and achievement. He represented achievement on the basketball court. We’re still friends today. He hosted a clinic in October which I took part in. He set a great example for young athletes. Here he was, someone who graduated from college and did such a great job in his college career, and went on to do the same thing in the professional ranks.

’74 Finals, Bucks vs. Celtics
That was a hard fought series. Unfortunately for our team Oscar had a nagging injury which limited his effectiveness and the Celtics won in seven. I’m pretty sure the outcome would have been different had Oscar been healthy, but that’s not going to change anything.

’84 Finals, Lakers vs. Celtics
The things I remember most about that series was that we gave away Game 2 in Boston Garden when Gerald Henderson stole the ball and tied the game up which the Celtics won in overtime. That game ended up being the decisive game. Game 4 included the infamous clothesline of Kurt Rambis by Kevin McHale. I thought it was a pretty cheap shot. Kurt had no chance of falling safely and he’s lucky that he wasn’t seriously hurt. It was the type of thing that angered our team, and probably provided a distraction looking back. It seems like that was a turning point and it affected us.

’85 NBA Finals – The Highlight of My Career
I guess you could say that Game 1 was a wake up call for us, me in particular, when we lost big to Boston (148-114). For me it just pointed out that I had taken the wrong approach to dealing with the whole length of the playoffs and I needed to be in better condition. We had a three day gap and I was able to use the time and get sharp again in terms of being in shape and ready to run the court. For the rest of the series I did very well. When you go out there and everything is on the line and you’re not prepared, that is embarrassing to you as a professional. I felt like I had let my team down. They rely on me to do my job on a certain level and then here I am when everything is on the line and let them down. So I just made them a promise that if we didn’t play well, it wasn’t going to be because I wasn’t ready to play. Luckily I was able to turn it around.

Having played the series in Milwaukee and then the series the year before that we had given away, it was very important that we played well and live up to our potential. I was very thrilled to be a catalyst in that. But it wasn’t just some kind of one man show. James Worthy and Earvin were extraordinary that series. We had a great team effort, guys coming off the bench, everything. Everybody really wanted it and worked hard to make us successful.

I think that was the highlight of my career just because of the significance of finally beating the Celtics for me personally and for the Laker franchise. That I was the key element in that winning the MVP, it really was a special time for me.

Game 4, 1987 Finals: Magic’s “junior, junior, junior” skyhook game
I worked with Earvin on his hook shot previous to that the whole season, maybe even longer than that. Earvin got to post up a lot of smaller guards and it was the perfect shot for him to use. So I worked with him to get his mechanics right. On that play it was pick and roll and once Earvin got loose, Robert Parish came off of me to block the lane and Earvin threw a hook shot over them. If the shot hadn’t gone in I was pretty sure I had the rebound. No one was boxing me out. I had a free run to the basket. But Earvin dropped it and the rest is history.

The Significance of Lakers-Celtics in the Finals in 2008
The historical success of both the Lakers and Celtics makes it an interesting series for anybody that has studied the game and knows about its history. It’s a little bit of added interest and it’s something that the fans seem to get into.

Keys for Game 1
Which team is able to establish its style? This is a different Laker team that the Celtics faced during the regular season since they did not have Pau Gasol in their two previous meetings and the Celtics were up and down. I don’t expect it to be too much different, though. Gasol’s presence will make a difference and if Kobe is able to continue doing what he’s been able to do, to involve everyone and make sure that our offense flows and everyone gets to touch the ball, the Lakers can be very effective.

The Importance of Experience
The team that has enjoyed success as a group, they more or less understand how to go to that place more so than teams that don’t win regularly. I think that more than anything else is the most important aspect of that.

Any Lakers-Celtics Grudges? Nah
A lot of years have passed since the classic Laker-Celtic Finals matchups of the ’80s and though we battled each other on the basketball court throughout the years, we’re all friendly now. It was an intense rivalry, but basketball is a brotherhood. I have great respect for them as professionals. They played hard and they played well. They were a credit to the game, so it’s nothing to bear grudges over.