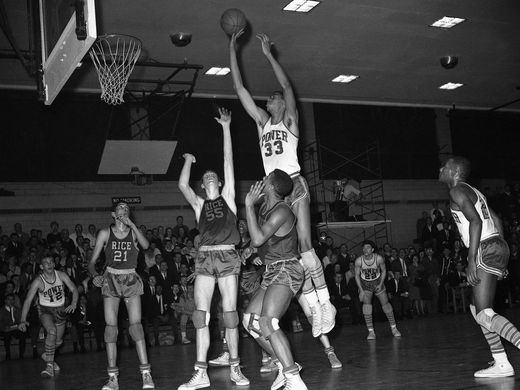 “Dancing With the Stars” won’t be the last stage project for former Bucks and NBA superstar Kareem Abdul-Jabbar, and this time, Milwaukeeans won’t need a TV to watch.

“Becoming Kareem,” a live on-stage performance with Abdul-Jabbar will take place at the Marcus Center’s Uihlein Hall at 8 p.m. Friday, Sept. 7. Tickets go on sale at noon May 18 at the Marcus Center box office and can be purchased in person (929 North Water Street) or at MarcusCenter.org.

The show is based on Abdul-Jabbar’s best-selling book of the same name, implementing elements of multimedia into a conversation before a live audience.

“For 40 years, I’ve had the privilege of covering the evolving career of Kareem Abdul-Jabbar — from elite basketball player to eloquent author and engaged social justice warrior,” Firestone said in a release. “I realized in knowing and watching him, he needs a unique way of telling his remarkable story in a format that is both in-depth and intimate. It is a great honor to host Kareem in this brand new multimedia interview format.”

Abdul-Jabbar’s pursuits have been numerous, from philanthropy to activism. He is a recipient of the Presidential Medal of Freedom. He was also scheduled to appear in Milwaukee May 14 as special guest at the Milwaukee Journal Sentinel High School Sports Awards at the Pabst Theater.

Read more at opens in a new window Journal Sentinel.