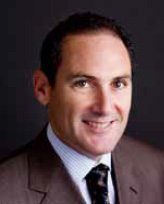 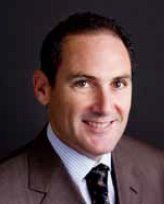 opens IMAGE file Larry Scott has devoted his life to his family and to the principle that academic excellence, athletic achievement, and human rights can be simultaneously pursued.

As a Havard student, he captained the tennis team and became an All-American, graduating in 198 with a B.A. in European History. Gaining a lifelong respect for the importance of balancing academic and athletic excellence, he followed in sports management and higher education, during which he has been a pioneer for fairness and international understanding.

As Chairman and Chief Executive Officer of the women’s pro tennis tour, he waged a long and successful campaign for women’s equality, culminating in Wimbledon’s decision in 2007 to become the final grand slam tournament to award equal prize money to women.

Two years later, Larry took a firm stand whenIstaeli tennis player Shahar Pe’er was denied entry by the United Arab Emirates, preventing her from competing in the Dubai Tennis Championships. The DTC was fined a record $300,000, Larry and the WTA refused to back down, and Pe’er and fellow Israeli players were guaranteed the right to compete the following year.

Larry’s commitment to athletics, scholarship, and service to youth has come together in his latest role as Commissioner of the Pac-12 Conference. Among his accomplishments in his first three years was the creation of the Pac-12 Networks, which provides student-athletes in women’s and Olympic sports the broader exposure they were long denied, along with creative educational opportunities for other students, and financial support for the universities’ core academic missions.

In 2011 Larry kicked off the Pac-12 Globalization Initiative, an unprecedented effort to promote the Conference and its member Institutions through student-athlete exchanges, educational collaboration and sport. The initiative promises to grow into an important platform for cultural understanding and mutual respect.

Larry and his wife, Cybille, live in Danville, Calif., and have three children: Alexander, Sebastien, and Alannah.

ADL Centennial – 100 years ago, the Anti-Defamation League’s dream of a world without hate began…

To stop the defamation of the Jewish people…to secure justice “and fair treatment to all”
ADL CHARTER, 1913

Today We Continue The Mission

ADL remains front and center in combating hate and building a better world. As the world changes, so do the challenges. ADL empowers students, community leader and individuals of all backgrounds to reject hate, discrimination and bullying; to stand up for religious freedom; breakdown prejudice and stereotypes; build respect and understanding; and to take action against bigotry and anti-Semitism.

Over the last 100 years ADL has grown to a network of 27 regional offices across the country and abroad, with a team of professionals and lay leaders dedicated to its mission.

ADL Begins its second century knowing that there is much more work to be done.

ADL will not rest until that dream becomes a reality. Join with us. Imagine a World Without Hate.