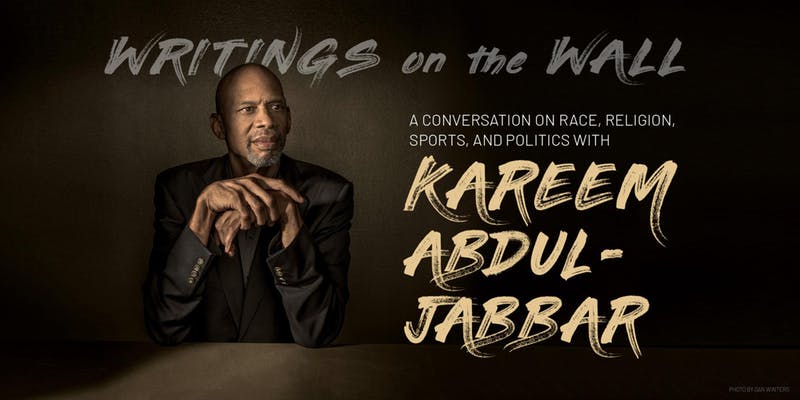 Stanford University’s Abbasi Program in Islamic Studies presents an evening with Kareem Abdul-Jabbar in a conversation on race, religion, sports, and politics in the US.

Kareem Abdul-Jabbar is the NBA’s all-time leading scorer, a six-time NBA champion and the league’s only 6x MVP. He is one of a handful of influential and respected black men in America who has a national platform as a regular contributing columnist for newspapers and magazines around the world, such as The Guardian and The Hollywood Reporter where he shares his thoughts on some of the most socially relevant and politically controversial topics facing our nation today. After 50 years as an athlete and activist, he offers his perspectives as a nationally recognized speaker who regularly appears on the lecture circuit. His columns have won him two consecutive Best Columnist of the Year awards from the National Arts & Entertainment Journalism Awards, 2017 & 2018.

Currently, Abdul-Jabbar serves as the chairman of his Skyhook Foundation whose mission is to “Give Kids a Shot That Can’t be Blocked” by bringing educational STEM opportunities to underserved communities through innovative outdoor environmental learning. A NY Times best- selling author, he has written 14 books, including two recent memoirs: Becoming Kareem for young readers, and Coach Wooden and Me about his lifelong friendship with famed UCLA coach John Wooden. The audiobook edition of Becoming Kareem has even been nominated for a GRAMMY® for Best Children’s Album. His second installment of the Mycroft Holmes series, entitled Mycroft & Sherlock, will be released in October 2018. He recently participated in Season 26 of Dancing With the Stars, alongside 2017’s Mirrorball winner, Lindsay Arnold.

His Emmy Award-winning HBO Sports documentary, Kareem: Minority of One, debuted as HBO’s most watched and highest rated sports documentary of all time. In 2017 Abdul-Jabbar, an avid numismatic coin collector, was appointed as the first African-American to the CCAC (Citizens Coin Advisory Council) in its 100-year history, where he helps decide on all coins that are to be minted in The United States.

This event is part of the Islam in America series of evening events, which highlight the diverse experiences of Muslims in the United States and in the Americas more broadly. Bringing together scholars, artists, practitioners, and activists from across the United States, these discussions will together interrogate the ways in which Muslims navigate a series of intersecting political, spiritual, cultural, and racial identities in a unique American context.

Register for free tickets at opens in a new windowEventBrite.com