My Personal Story About Alexandre Dumas 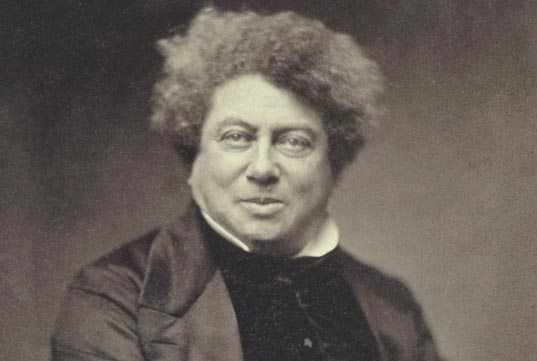 Alexander Dumas (1802-1870) wrote great adventure novels about France in the 18th Century. The Three Musketeers, The Man in the Iron Mask and The Count of Monte Cristo were some of my favorites because the action is so intense and the historical setting is so vivid. I also enjoyed the movies that were adapted from them.

Dumas was the son of a white planter from the French West Indies and a black slave woman. The West Indies connection is also a fact that I relate to because my family if from the same area. Despite his literary and financial success, being of mixed race affected his acceptance in both the literary world and in French society.

Once when someone insulted him about his racial background, he said, “It is true. My father was a mulatto, my grandmother was a negress, and my great-grandparents were monkeys. In short, sir, my pedigree begins where yours ends.”