A Point about Playoff Scoring 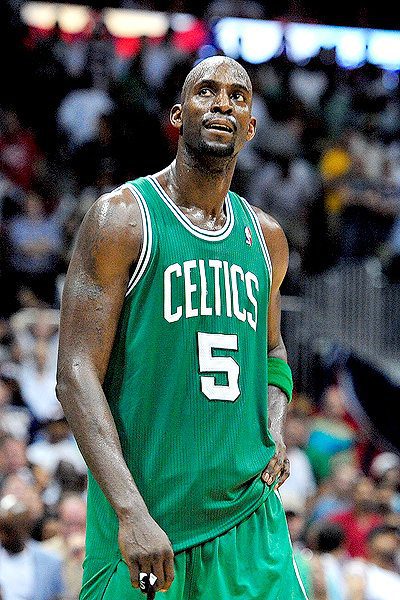 For fans wondering why teams can’t score in the postseason, one answer

The games of the modern era are not usually high-scoring affairs, especially in the playoffs, and that has put the fans who have followed the game since the Lakers-Celtics rivalry of the 1980s in somewhat of a sour mood.

Take for instance the 1985 Finals. In the Celtics’ Game 6 loss, they scored only 100 points, the lowest total for either team in the series. In Game 1, the Celtics had set the benchmark for 3-point shots taking 9 and making 7 (77.8 percent). Both teams focused on creating and taking high-percentage shots, which kept the 3-point attempts much lower than what you see today. 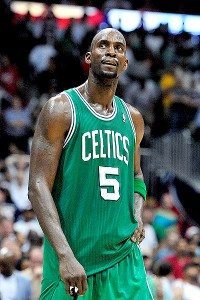 Players like Kevin Garnett gazing at the scoreboard this postseason don’t see the lofty team point totals their counterparts put up in 1985. Photo by Grant Halverson/Getty Images

By contrast, in many playoff series this year, even one team cracking 100 is a rarity, and double-digit 3-point attempts (if not makes) are the norm.

I am often asked why scoring has dropped. There are certainly rules changes (zones, for instance, are now legal) as well as adaptations in coaching and preparation. But the biggest reason, in my mind, occurs before the players even enter the NBA.

The NBA teams of my era were populated with players who spent significant time in college before they got to play pro ball. When I entered the league, a player could not join the NBA until his high school class was leaving college. After Spencer Haywood’s successful legal fight in 1971, only players who could prove a need were allowed to leave early to enter the NBA.

When players of that era got to college, they had to earn playing time and had to compete with the upperclassmen ahead of them on the list of players who got significant playing time. Players also had to take the time to learn their coach’s game plans for offense and defense before they were considered ready to play. When I attended UCLA, freshmen were not allowed to play varsity ball. That rule was not changed until 1972, some three years after I graduated from college.

Add to this hierarchy the burden of going to class and taking the courses necessary to stay eligible and you had a system that made sure the players who were entering the NBA were knowledgeable about the game. In addition, the responsibilities they had to handle while at a university helped make them more mature and prone to have developed a work ethic during their college years. Making a transition to the professional ranks was much less challenging for those players.

Players today are much less likely to have spent significant time in college. College basketball is not much more that a warm-up for the NBA draft for the most talented one-and-done players. Too many of these players don’t understand the subtle aspects of the game and their undeniably outstanding athletic ability does them very little good when they struggle to learn the pro game in high-pressure circumstances. Even the extra hours so many of them play on traveling youth teams and in high school isn’t teaching them the team game.

The time it takes them to get up to speed is a drain on the resources of the franchises that draft them. Some of them never get to have a professional career that is commensurate with the potential they showed in high school. I personally worked with a player who could not adjust to thinking a great game in addition to physically playing a great game. The player I’m referring to had all the physical gifts imaginable, but he had a very limited understanding of how to use his skills in the pro ranks. 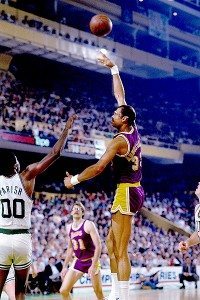 Kareem Abdul-Jabbar and his Lakers teammates averaged 115.8 points against the Celtics in 1985 (and their scoring average was even higher in the earlier rounds). Photo by Dick Raphael/Getty Images

A young man can get into the NBA just because he has potential, but if that potential does not manifest itself, he will be traded or let go by a cost-conscious director of personnel. Even those players who are able to make it past the first hurdle don’t always play up to their potential. A great example is Dirk Nowitzki. As a 7-footer, he had the opportunity to play college ball in America, but people close to the situation say Dirk avoided playing U.S. college ball because he would be called on to defend and rebound and play with the big guys. Dirk has been an exceptional offensive player, but his NBA career stats show that he has limited skills as a defender, shot-blocker and rebounder. We’ll never know how good he could have been had he spent more time rounding out his skill set with a top college coach.

A similar lack of in-depth knowledge of the game has diminished the ability of today’s players to be as cohesive in team play as they should be. A great player who has never learned to shoot free throws efficiently becomes a liability at the end of a close game because the opposing team will foul him and make him deal with high-pressure free throws. Many a game has been lost in those circumstances.

I mentioned earlier the 1985 playoffs and the high-scoring, interesting, watchable games. The high-quality coaching many of the players received in multiple years on campus certainly contributed. Cedric Maxwell played at Charlotte for Bill Foster, who won more than 500 college games. Kevin McHale (Jim Dutcher at Minnesota), Byron Scott (Ned Wulk at Arizona State) and Magic Johnson (Jud Heathcote at Michigan State) all learned under coaches who knew the game and taught it for years. Two undisputed legends also were well-represented: Dean Smith of North Carolina by Bob McAdoo, Mitch Kupchak and James Worthy; and John Wooden, who coached Jamaal Wilkes and me at UCLA.

NBA starting lineups now rarely contain players with extensive college backgrounds, and it has made a profound difference in the quality of play. I do not write these words as a wish to put the genie back in the bottle, but I do believe the fans are not getting the satisfaction they once did because the NBA doesn’t attract the same type of well-schooled players.
In the 1985 Finals, the lowest combined point total for a game was 211 points. Thus far in the 2012 playoffs only three games in three rounds — all in the past week — have topped that.

I guess that is one consequence of “progress.”